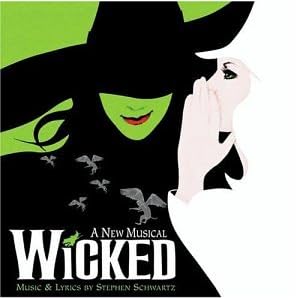 There are two sides to every story

What if the Wicked Witch of the West wasn’t bad? What if  Dorothy wasn’t as innocent as she seemed? That’s exactly what Gregory Maguire tells us in his novel Wicked: The Life and Times of the Wicked Witch of the West. Maguire is the same author who wrote Confessions of an Ugly Stepsister. I’m sure you won’t be surprised to hear that this is from the perspective of one of Cinderella’s step sisters. Wicked is a whole new telling of the Wizard of Oz that is witty and a very enjoyable read. This novel also reminds you that there are indeed usually two sides to every story. You might even start to feel bad for the Wicked Witch of the West. In this novel she didn’t have a very easy life and well, circumstances were outside of her control. I don’t want to spoil any plots as there are several sites out there  that can do that for you. Not only that, but I’m sure this will eventually become a movie. Hollywood must be running out of ideas when children’s movies staring Dwayne “The Rock” Johnson are what it’s come to.

Wicked the novel has been adapted for a Broadway musical. As many of you do not live in New York, nor do you likely spend too much time there, we can only hope that such shows will tour. Well, are we ever in luck! Broadway Across Canada has brought some fun shows lately such as Fiddler on the Roof, Grease and Jersey Boys, to both Edmonton and Calgary. This summer, they bring us Wicked. This show will only be playing during the summer when you are stuck enjoying family weddings, reunions and out on vacation so you might want to look at the schedule soon if this is something you might want to consider seeing.

The best thing about live theatre is the feeling of being there. There is something different about seeing a live play versus a movie. They both play out in front of you, but a movie is two dimensional and you know that it’s just a projection. When you go to theatre, you see the live people, you can be amazed by the stage and the changes in scenery. Live theatre is also one of the oldest forms of entertainment our society has, just look at how it’s evolved and is still able to entertain.

You don’t need to read the book before seeing the play. If you want to read the book first, you should have time. Well, unless the waiting list for it at the library is still really long. You might want to check out your favourite book store. Just follow the yellow brick road.

View all posts by Lisa McRitchie →

4 Responses to “Something Wicked This Way Comes”

culture, In the City
culture
culture